LONDON – Actor and inexplicable heartthrob Tom Hiddleston was arrested today in Central London, accused of having killed a swan.

Mr. Hiddleston – made famous for his role as Loki in The Avengers and Thor – was apparently walking in Hyde Park with some friends. Upon spotting the swan, Mr. Hiddleston’s whole demeanour is said to have changed.

‘His eyes burned with a fiery intensity and a long string of drool dripped from the corner of his mouth,’ said a bizarrely articulate eyewitness. ‘Then he dashed straight into the pond and tore its head off with his bare hands.’

Accounts differ slightly in regard to the actual attack, as some say the actor bit the head off and one witness, a greens keeper, said the young actor kicked its head off.  ‘It went flying through the air, gore sprinkling and a look of surprise in its little black eyes,’ said Mr. Thunk.

As all swans in England belong to the Queen, Mr. Hiddleston could be in a great deal of trouble should the charges be proven against him. 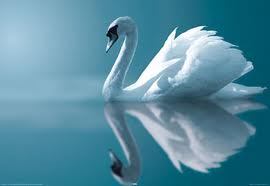 ‘The penalty for killing a swan on the books is death,’ said a spokesperson for the Metropolitan Police. ‘It is one of the few remaining capital crimes left on the books, along with treason and setting fire to Her Majesty’s shipyards. Something she despises.’

Friends of Mr. Hiddleston have rallied round and decided en masse to go to the theater tonight to take their minds off the ghastly unpleasantness.

HOLLYWOOD – In a shock move that has brought cries of almost physical pain from the geek-i-verse, Marvel Studios have said that once they’ve released Thor: the Dark World ‘that’s your lot’.

The sequels to The Avengers, Hulk and Captain America have already halted pre-production, or production and the film that had already been shot has been deleted and/or burnt.

Kevin Feige explaining Marvel’s decision tried to put a positive spin on it:

The fact is we’re kind of grown up adult men and we were walking around the production offices looking at all these drawings of people in costumes and all these scripts of inflated power fantasies, and we just thought Jesus Christ, I think it’s time we all grew up.

News comes only seconds after Disney said that they were abandoning plans to release any Star Wars pictures ‘because – really? – does the world need another Star Wars product? Really? I mean, are you shitting me.’

A psychiatrist who works seven days a week in the film industry, Dr. Habberon Stykes has argued that a problem of ‘franchise fatigue’ is striking down executives and producers at the highest level of the production process:

What we have is these often very intelligent men and women – who am I kidding? – men. Anyway. They get to be in their forties and they look back and they just see all they’ve been doing for their adult lives is exactly what they were doing as children, but much more expensively.

So what are the plans for Marvel Studios now? Kevin Feige said, ‘We’re currently working on a series of documentaries that are going to go into the corrosion of worker’s rights in America. We want to bring this out at Christmas where we’ll be going head to head with Disney’s new film The Syrian Civil War: Why You Should Care?‘ CALIFORNIA – Disney CEO Bob Iger today confirmed that by the year 2017 all films released in North America will ‘either be Star Wars films, or part of a superhero franchise, probably Marvel controlled’.

It is a part of our ongoing mission to not have our films contaminated by any original thinking. We sat down and we looked at Star Wars and Marvel and we just said, you know I think we have all the ideas we need. Any more would just be confusing.

The news came hot on the heels of the announcement that there would be two additional Star Wars films, directed by Lawrence Kasdan and Simon Kinberg, to go beside the projected Episodes 7 through to 9. Iger was fielding questions about the studios dominance of the blockbuster market by the studio which also owns Marvel Studios.

We have a Thor sequel, Captain America: Winter Soldier, a stand alone Hulk film in development, Ant Man, Avengers 2 … oh, and Iron Man 3. And that’s just the beginning. Then we’ve got the Star Wars films. I don’t see how there’s going to be room for anything more. Perhaps we’ll let PT Anderson release a film every so often, but other than that, I don’t see how they’ll be space.