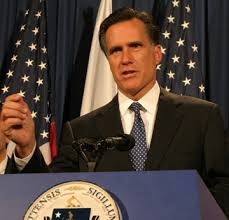 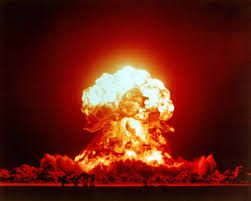 “I think this situation has to be nipped in the bud pretty quickly,” said a statesmanlike Romney.

Bay is burrowed in the US Embassy in Saigon like an Alabama tick and unless we resort to extreme measures, his forces will spread into Cambodia, Laos and the rest of East Asia. This wanton aggression can no longer be tolerated and I firmly believe this maniac should be stopped in his tracks before it’s too late. President Obama has been shilly-shallying on this issue and his strategy, like his presidency, has been weak and ineffective. What this country needs is a strong leader who can make the tough decisions and if I were commander and chief, I would order a full scale nuclear strike on Bay’s position without delay.

Romney’s drastic plan was immediately dismissed by the White House as being “Fucking Stupid” and President Obama quickly organised his own press conference to assure the worlds media that he has his own plan to bring Bay to justice.
“In 1972, a crack commando unit was sent to prison by a military court for a crime they didn’t commit,” said a pensive Obama. 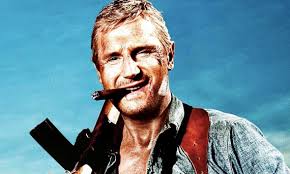 “These men promptly escaped from a maximum security stockade to the Los Angeles underground. Today, still wanted by the government, they survive as soldiers of fortune. We have a problem, and no one else can help, so if you can find them. Maybe we can hire the A-Team.”
With the politicians seemingly unable to agree on a strategy rumour has it that Hollywood has decided to take matters into its own hands and a special unit of actors, led by Sean Penn, has been smuggled over the Vietnamese border and are making their way to the capital.
For more news on the rapidly escalating conflict check out @studioexec1