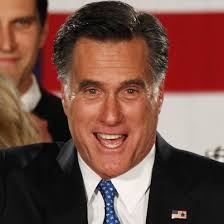 On the eve of the US Presidential election, Mitt Romney spoke exclusively to Studio Exec about his favourite films.
The Ten Commandments 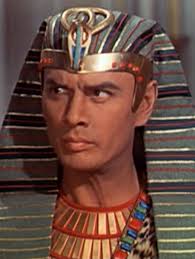 I’m a big Charlton Heston fan I used to have posters of him on my wall in college and The Ten Commandments has always been my favourite of his films. He befriended me when I was chairman of the ‘Young NRA’ and occasionally he’d take me on weekend hunting trips. We’d spend our days near the Mexican border drinking lemonade and taking pot shots at any fence climbing Taco-Jockeys and at night we’d build a fire and he’d tell me these great stories about Hollywood. It’s funny though, because as much as I admire his performance as Moses, it was the Pharaoh who I most identified with. Hell, I’ll admit it. I cried my eyes out when he drowned in the Red Sea. Oh, spoiler I suppose.
Rocky 4

I enjoyed the Cold War! It was a time when everyone knew their place and the line between enemy and ally was clearly defined. I didn’t like the first Rocky when he was a down and out bum. I just couldn’t identify with the character but the richer he got the more I rooted for him. On the surface, Rocky 4 is a simple story of a hard hitting boxer with a chronic inability to defend himself in the ring, but the subtext is obviously capitalism’s victory over communism. Rocky is the personification of America – tough, stubborn and severely brain damaged. We attack, swing mindlessly at our opponents and pray we can take more blows to the head than they can. It’s a strategy I pledge to continue.
Who Framed Roger Rabbit. 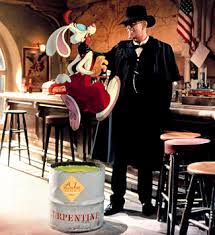 I really admire the character of Judge Doom. His methods might seem extreme to some but here was a man who came down hard on his own people because he was so disenchanted with their anarchist tendencies. For me, that takes real guts. Toon Town is a place of madness and degeneracy. Crime figures are high and there seems to be very little in the way of religion and basic morality. When I heard the news that no resident has ever paid a cent in tax I sent a letter to Obama, but so far I’ve had no reply – which is typical of his administration. If I become President, the first thing I’m going to do is clean up Toon Town though to be honest, I’m not quite sure where it is – as it doesn’t show up on Google Maps.

I’ve haven’t got a clue what it’s about but I really like the title.
Irreversible

What exactly is rape? It’s one of those questions that I keep on asking but nobody seems to be able to provide me with an adequate answer. Sure, a woman has a right to say no but as we all know, sometimes no, actually means yes. It’s confusing. Take the scene in Irreversible for example. Monica Bellucci is attacked and she struggles but is she struggling in order to accentuate the rape fantasy, or is she really struggling? I’m not sure and it could be the case that she’s just a mediocre actress. I’m not saying I condone violence or anything but it seems to me that if you are approached by a rapist and you’re in no mood for being raped, then it’s probably better just to go with it and not fight back. Who knows, maybe you’ll get a bouncing baby for your trouble. And they say I don’t know anything about women’s issues!
(Visited 8 times, 1 visits today)