PARIS – Pop idol and occasional actor; Justin Timberlake, is to produce, direct, and star in The Social Network 2: Adventures in Myspace.

Timberlake, who owns a share of the company, has been trying to get the film off the ground for a couple of years. However, script issues and funding problems have dogged the project since it’s inception. Earlier this year, he finally decided enough was enough and stumped up the cash himself and with a preliminary release date of June 14th 2015, his picture is set to go to head-to-head with Zack Synder’s  Man of Steel sequel.

We caught up with Justin in the bathroom at a Paris fashion show:
Justin, many people would say that a movie about Myspace is a stupid idea. How do you react to that kind of criticism? 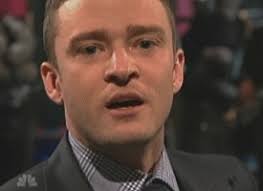 Look man, do you mind? I’m trying to pee.

You seem evasive, could that be because you’ve realised you’re spending $100 million dollars on a film about a website nobody uses?

What the hell are you talking about? I’ve come into the bathroom to take a leak. Call my agent or something and we’ll book you in for an interview. What magazine did you say you were from?

I’m interested in the contents of the script. We all know that the once popular Myspace has been a barren wasteland for years, and these days it’s only inhabitants are desperate bands, weird goblin like creatures with large tongues and small hands, and people who can’t type Twitter into a search engine without the aid of their carer. Will your film reflect the current post apocalyptic vibe of the twitching corpse you invested in?

Are you f*cking stoned? You sneak up on me in the John and throw this bullshit at me whilst I have my cock in my hands? Let’s put aside how you managed to get past my security for a second and concentrate on what’s going to happen now. You’re going to apologise to me for invading my privacy, then you’re going leave here through the back door and if I ever see your fat, greasy little face in my vicinity again, I’m going to f*ck you up so bad you’ll wish that you died as a child. Capiche?

I hear Ray Liotta is going to be playing Myspace founder Tom Anderson. Was that you decision or did you leave that to the casting director?

The Social Network 2: Adventures in Myspace is due for release in 2015.
(Visited 14 times, 1 visits today)

One thought on “JUSTIN TIMBERLAKE CONFIRMS THE SOCIAL NETWORK 2”